Back in 2010, Reiulf Ramstad Arkitekter won a competition to design a new church for the Knarvik Community in Norway. Four years later their project was realised, and if anything the resulting structure is even more ambitious than their original sketches (unfortunately the opposite is more often the case with these kinds of contests).
We’ve seen a separate project by Reiulf Ramstad Arkitekter in the past on Homeli, and the bridge of Scandinavian design aesthetics between Split View Lodge and Knarvik church are definitely noticeable. This place of worship brilliantly combines modern architectural trends with archetypal church features. Most notably the spire in the form of an angular protrusion jutting out into the sky, while the manifold peaks and inclines of the structure resemble the rocky geological features native to Norway 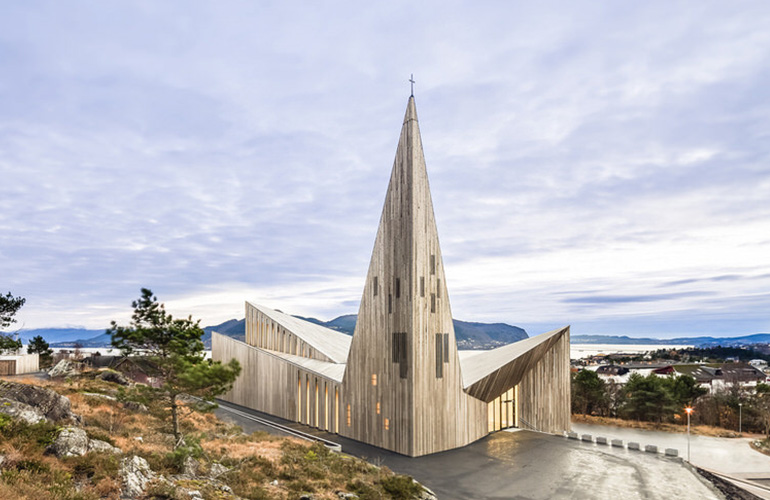 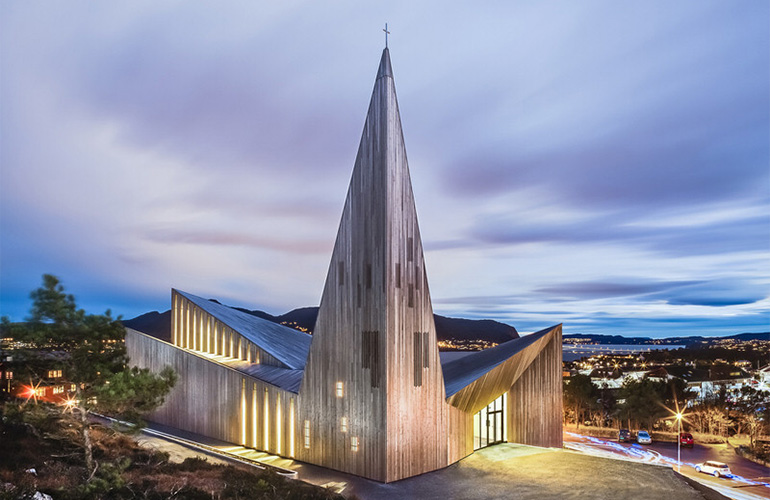 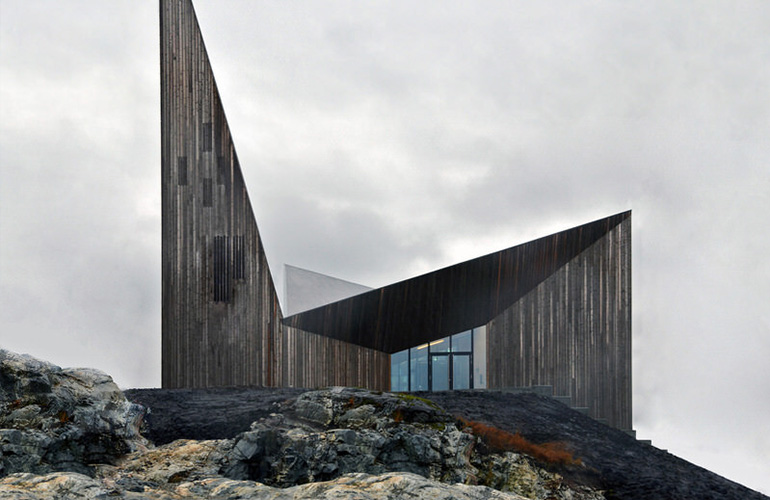 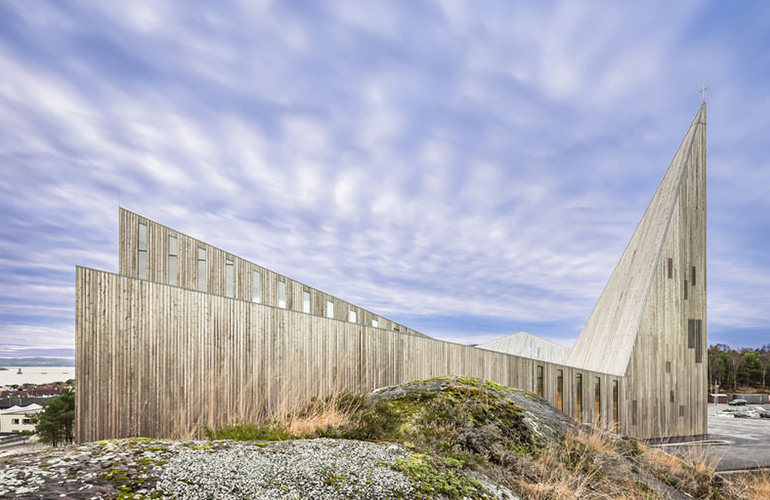 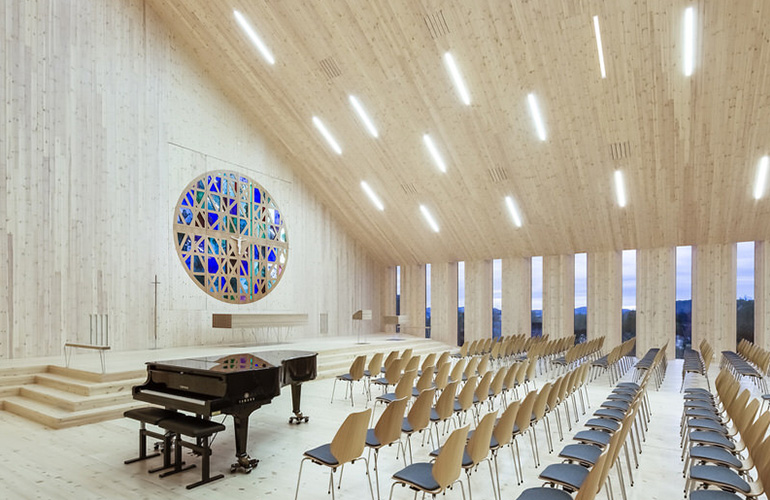